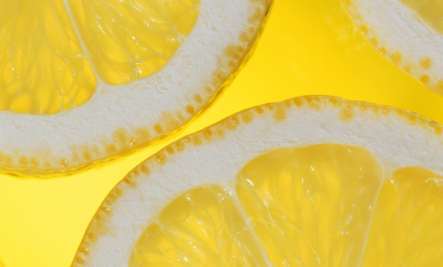 Posted in : Blog on May 22, 2013 by : By AleppoFood team Tags: benefits of lemon, lemon, lemon benefetis

1. Lemons are alkalizing for the body: Lemons are acidic to begin with but they are alkaline-forming on body fluids helping to restore balance to the body’s pH.

2. Lemons are rich in vitamin C and flavonoids that work against infections like the flu and colds.

3. Your liver loves lemons: “The lemon is a wonderful stimulant to the liver and is a dissolvent of uric acid and other poisons, liquefies the bile,” says Jethro Kloss in his book Back to Eden. Fresh lemon juice added to a large glass of water in the morning is a great liver detoxifier.

4. Cleans your bowels: Lemons increase peristalsis in the bowels, helping to create a bowel movement thus eliminating waste and helping with regularity. Add the juice of one lemon to warm water and drink first thing in the morning.

5. Scurvy is treated by giving one to two ounces of lemon juice diluted with water every two to four hours. In 1747, a naval surgeon named James Lind cured scurvy with fresh lemons. To this day, the British Navy requires ships to carry enough lemons so that every sailor could have one ounce of juice a day. In the past, lemons were replaced with limes; this is where the English got their nickname “limeys.” Watch this video: “Scurvy Pirates and the Lemon of Love”

7. Vitamin C in lemons helps to neutralize free radicals linked to aging and most types of disease.

8. The lemon peel contains the potent phytonutrient tangeretin, which has been proven to be effective for brain disorders like Parkinson’s disease.

9. In India, Ayurveda medicine values the lemon as a fruit and for its properties. It is sour, warm, promoter of gastric fire, light, good for vision, pungent and astringent.

11. When there is insufficient oxygen and difficulty in breathing (such as when mountain climbing) lemons are very helpful. The first man to reach the top of Mt. Everest, Edmund Hillary, said that his success on Mt. Everest was greatly due to lemons.

12. Lemons have powerful antibacterial properties; experiments have found the juice of lemons destroy the bacteria of malaria, cholera, diphtheria, typhoid and other deadly diseases.

14. The symptoms of eye disorders, including diabetic retinopathy have been shown in research to improve due to the rutin, found in lemons.

15. Lemons contain 22 anti-cancer compounds, including naturally occurring limonene; oil which slows or halts the growth of cancer tumors in animals and flavonol glycosides which stop cell division in cancer cells.

16. According to The Reams Biological Ionization Theory (RBTI), the lemon is the ONLY food in the world that is anionic (an ion with a negative charge). All other foods are cationic (the ion has a positive charge.) This makes it extremely useful to health as it is the interaction between anions and cations that ultimately provides all cell energy.
Read more: http://www.care2.com/greenliving/16-health-benefits-of-lemons.html#ixzz2TyeqFvQz

This site uses Akismet to reduce spam. Learn how your comment data is processed.